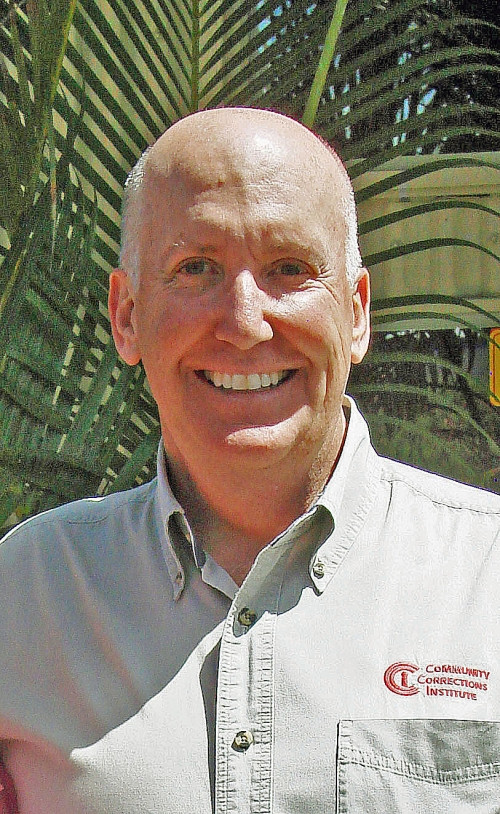 Robert L. (Bob) Thornton, M.Ed., is Director of Community Corrections Institute, LLC, a company dedicated to providing training and consultation specifically designed for corrections and law enforcement agencies. Previously, he served as a Pretrial, Probation, and Supervising U.S. Probation Officer for over 27 years, during which he served as a faculty member of the Federal Judicial Center and has developed, and continues to provide training in, enhanced supervision, officer safety skills, dealing with aggressive behavior, effective communication skills, and management skills. He also conducts training for the National Institute of Corrections (NIC) and the American Probation and Parole Association (APPA). He co-authored the National Institute of Corrections monograph, New Approaches to Staff Safety, and authored New Approaches to Safe Safety-Second Edition. He also authored the publication Guns, Safety and Proactive Supervision: Involving Probation and Parole in Project Safe Neighborhoods, co-author the 2014 publication Gang Courts: An Innovative Strategy for Gang-involved Offenders, and was contributing author for the APPA publication Practical Action Tips on Officer Safety for Tribal Probation Personnel. He writes the "Spotlight on Safety" column for the APPA "Perspectives" magazine and has published numerous other articles on officer and staff safety. Bob also served as a subject matter expert for the National Institute of Justice "Incident Commander" simulation training website, the APPA On-Line Safety Training and Supervisor Training Programs, and the APPA Audio Broadcast Safety Training and Firearm Interdiction Programs.

Bob also conducts agency audits for NIC and has provided expert witness testimony on issues relating to officer safety and supervision practices. He is a member of the Federal Law Enforcement Officers Association, the International Law Enforcement Educators and Trainers Association, Federal Probation & Pretrial Officers Association, American Corrections Association and the American Probation and Parole Association, and served as Chair of the associations Health and Safety Committee for from 2001-2011. He was the 1990 recipient of the Line Officer of the Year Award for the Western Region of the United States and the 1998 recipient of the Doyle Award, presented by FPPOA in recognition of his contributions to effective offender supervision issues. He was also the 2002 recipient of the Sam Houston State University Award presented by APPA "...in recognition of his outstanding contributions to scholarship in Community Corrections", the 2007 Sam Houston State University Distinguished Service Award for "exceptional service and commitment to the Texas Probation Training Academy", and the 2009 recipient of the George M. Keiser Award presented by the National Association of Probation Executives. "This award is presented to administrators who have demonstrated exceptional leadership under challenging conditions which provided value, added activity or service to the organization of community they serve." 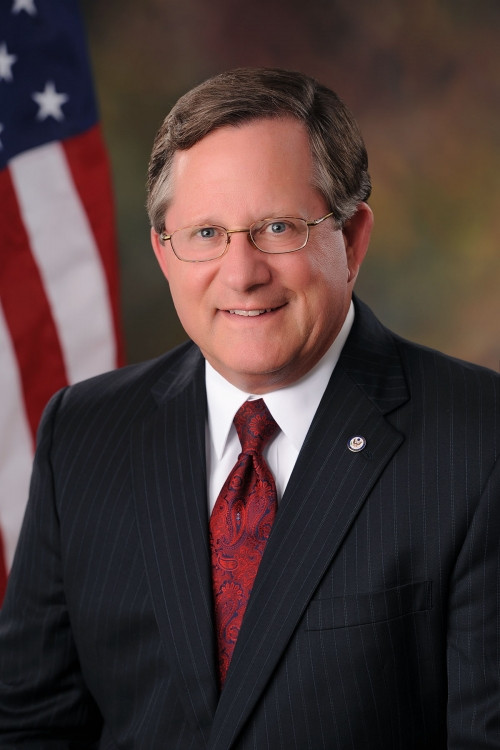 Ronald G. Schweer is CCI's Director of Management Training and Organizational Development. He recently retired as Chief U.S. Probation Officer for the District of Kansas. Prior to becoming the Chief in Kansas, he was the Deputy Chief U.S. Probation Officer in the Eastern District of Missouri - St. Louis Division - between 2000 and 2008. Prior to this promotion in 2000, Ron was a Supervising U.S. Probation Officer for the District of Kansas. He has served in a number of positions during his federal career, including administration of a field supervision unit, District Training Coordinator, Search and Surveillance Team member, Contract Specialist for drug aftercare and mental health treatment services, Home Confinement Coordinator, Firearms Instructor, OC Spray Instructor, Chairman of the Staff Safety Committee, and WITSEC (Witness Protection) Officer. Ron has an undergraduate degree in Criminal Justice from Washburn University and a graduate degree in Public Administration from the University of Kansas. He has also completed the Federal Judicial Center's (FJC) Leadership Development and Foundations of Management programs. Ron has also served as faculty to the FJC in the Executive Team Leadership, New Supervisors, Circuit Supervisors, New Officer Orientation, and two separate Officer Safety Training Programs.

Ron has over 38 years of experience in criminal justice, corrections and law enforcement. He served in the federal system from 1990 to 2015 and previously held the position of Court Services Specialist in charge of juvenile and adult probation programs for the Kansas Supreme Court - Office of Judicial Administration. Ron was also a Chief Court Services Officer for the Seventh Judicial District in Kansas and commenced his Court Services career in the Third Judicial District in 1981. Ron entered the field of criminal justice as a Deputy Sheriff for the Miami County Sheriff's Department, Paola, Kansas in 1977.

In 1993, Ron was selected as a Safety Trainer for the FJC and has presented safety programs to numerous districts throughout the United States and U.S. Territories. He also served as a Consultant to the FJC in the Applied Officer Safety Program. Between 1997 and 2002 the National Institute of Corrections (NIC) sponsored a Safety Academy (Train-the-Trainer) Program and Ron served as a Consultant and Faculty Member to the program. As a result of this participation, Ron has been involved in the training of safety trainers from virtually every state in the nation, including the territories Guam, Puerto Rico, Virgin Islands, and the Northern Mariana Islands. He is also a safety consultant for the American Probation and Parole Association (APPA) and has provided safety training through his affiliation with the Community Corrections Institute and the Sam Houston State University Project Spotlight Program. Ron was also a past member of the National Chiefs Advisory Group (CAG), Anti-Terrorism Advisory Council (ATAC), Surveillance Team, and the Search Enforcement Team (SET). He was also the Co-Chair of the Safety and Information Reporting System (SIRS) Working Group at the Administrative Office of the U.S. Courts - Office of Probation and Pretrial Services from 2004 to 2009. Ron was a contributing author in the National Institute of Corrections monographs titled Staff Safety: New Approaches to Staff Safety, Second Edition (2003) and Guns, Safety and Proactive Supervision: Involving Probation and Parole in Project Safe Neighborhoods (2008). Ron is currently the Vice President of the National Association of Probation Executives (NAPE) and a member of the Community Corrections Collaborative Network (CCCN). He is also Chair of the APPA Health and Safety Committee. 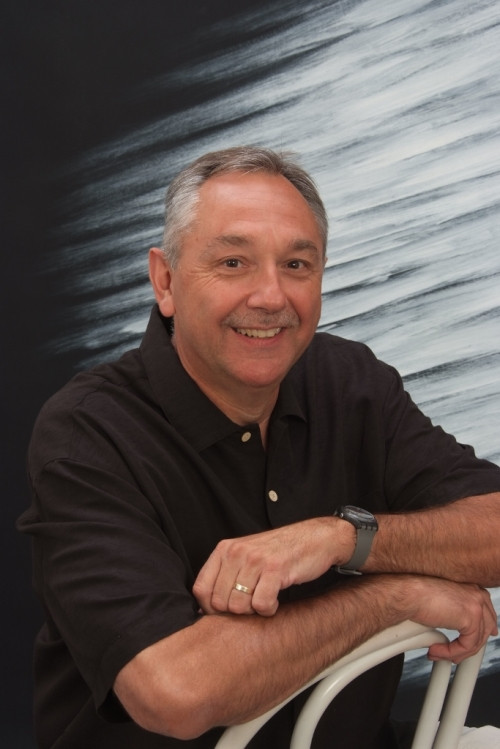 Ron holds a black belt in the Korean martial art of Hapkido and has also trained in the Israeli martial art of Krav Maga. He is a graduate of the Clark International Executive Protection Course, is a certified NRA Law Enforcement Firearms Instructor and a certified instructor in Defensive Tactics, Pressure Point Control Tactics, Natural Response Control Tactics, OC Spray and Concealed Carry. He is a graduate of the Sarpy County Sheriff's Department S.W.A.T. School. Ron was the Director of the District of Nebraska Officer Safety Academy. He has served as a faculty member of the Federal Judicial Center and as a National Defensive Tactics Instructor for the Office of Probation and Pretrial Services. He has trained and consulted for the Administrative Office of the United States Courts, Federal Judicial Center, American Probation and Parole Association and Federal Probation and Parole Officers Association.

Ron is a sought after guest presenter and instructor on multiple topics at conferences and academies throughout the United States and Canada. He has trained probation and parole officers from all 50 states. Ron was a guest presenter at the 2011 Legacy of Excellence Conference in Calgary, Alberta on the topic Am I That Man?- a motivational presentation on heroes, mentors and role models. Ron's article entitled Am I That Man? appears in the book If I Knew Then 2 and has served as the inspirational theme and the title for the book Am I That Man. 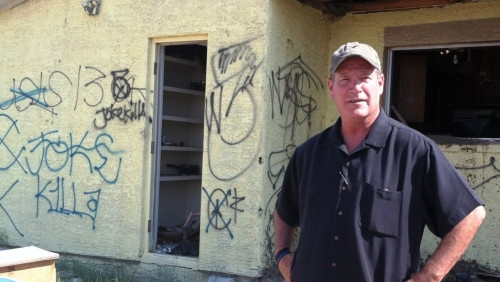 Christopher M. Grant is the former Chief of Detectives of the Rapid City (SD) Police Department's Criminal Investigation Division and the former commander of the Rapid City Area Gang Task Force. He retired from active law enforcement in 2004 after serving his community for 27 years. Mr. Grant is a graduate of the University of South Dakota (USD) with a Master's Degree in Political Science and a graduate of the 181st session of the FBI National Academy.

Aside from working directly with tribal entities, Mr. Grant has also provided consulting and training services for:

Mr. Grant maintains his law enforcement certification as a Reserve Special Agent for the South Dakota Division of Criminal Investigation.